We are extremely proud of all our colleague workforce for working together to donate 200,000 foodbank meals since March 2021. Since 2013, we have raised over £8.8 million for national and local charities. “This is such a great achievement and shows how much can happen when people work together for the good of others,” stated Liz Fox, our Head of Sustainability & Social Responsibility. With times being particularly challenging over the past couple of years, we have been working on a number of initiatives to make food more readily available to others in the community. This includes joining ‘Too Good to Go’  which is an app-based scheme offering drastically reduced priced food which would otherwise end up in the bin.

Another scheme we has been trialing is OLIO, which connects neighbours with each other and with local businesses so surplus food can be shared, rather than thrown away. This could be food nearing its sell-by date in local stores, spare home-grown vegetables, or the groceries left in your fridge when you go away. The ‘community heroes’ pick the food up and make it available to others, generally for free.

Liz continues: “We launched OLIO and Too Good to Go trials in 130 stores between June and September 2021 to help us save surplus food waste from landfill and so far we’ve saved the equivalent of 7,000 food bank meals. The success of these trials speak for themselves. “These schemes not only benefit others with the products that can’t be sold, it also reduces unnecessary food waste which supports minimising our impact on the planet.”

Foodbank provisions are also generated by the food bins placed in store where customers can donate a range of products, from pasta and beans to biscuits and drinks. However, our colleagues have also been coming up with their own ingenious ideas to get their customers involved, including Store Manager Debbie Stacey, from Guildford Avenue, Swindon, who launched the ‘Brown Bag’ initiative. Debbie was finding after Covid lockdowns were lifting, donations to the foodbank bin were reducing, yet the need for people to use them was still there. Debbie’s idea was simple; to purchase brown bags and then pop them by the till for people to fill with products from around the store. Working with Swindon Food Bank Collective she discovered the types of products they were short of and on the outside of the bags she then wrote down what was needed – whether it was sugar, soup or baked beans.

Not knowing at the start if her idea would work Debbie explains: “It went crazy! On the first day I set a target for the team to try and fill 15 bags and we filled 70! People could donate from as little as 50p to £2 but we found customers became really generous once they knew what was needed and where everything was going. In just two months we managed to collect 1,000 meals for the foodbank which has really blown us away!”

Word spread amongst many of the other  stores and soon lots of Brown Bags were being filled, up and down the UK and Debbie appeared in One Stop’s ‘Team News’ explaining: “I can’t believe that the company has taken my little idea and shared it with the wider business! I never expected it to be such a success and it’s wonderful to see other stores using the concept and making a success of it too. It really makes me feel proud that we’re making such a difference.” Debbie is passionate about helping her community and strives hard to assist those around her, knowing that many are in a difficult position through no fault of their own. In the past year One Stop colleagues have donated over 12,000 hours to their communities, with many doing significantly more in their own time.

Another colleague who goes ‘above and beyond’ is Amanda Simmister from our Grey Street store in Newcastle upon Tyne store. Amanda has personally experienced the affects that Covid has had on her community, when one of the largest employees in the area laid off two thirds of its staff and put the other third on furlough. Amanda has taken a much more personal approach to help others explaining: “Where people were furloughed or lost jobs, they weren’t always eligible to receive food bank donations as they weren’t on benefits. Yet they needed help more than anyone. “Others who are eligible don’t want to approach food banks because of their own pride. I know pretty much everyone in the community, so I knew those in dire need and discreetly passed them a bag of food when they came into store. This has been a real-life saver for people and has really helped them get back on their feet.”

The team also utilise products that are on a short sell by date. “Nothing goes to waste,” explains Amanda. “Bread and other fresh produce can go in the freezer and it saves it going to landfill. People need help for all sorts of different reasons and there shouldn’t be so much stigma around it as it could happen to any one of us.”

We will continue to support foodbanks around the UK and the critical work they are doing. Through its community division, which includes its widespread Partnership Programmes, it will also continue with its long-term plan of support between stores and local community groups.

If you’re ever in need of some meal inspiration, check out our website where you’ll find more delicious recipes just like this one! Head over to https://t.co/4eHtORuCTH now! 😍 https://t.co/qNK4cYKVWP 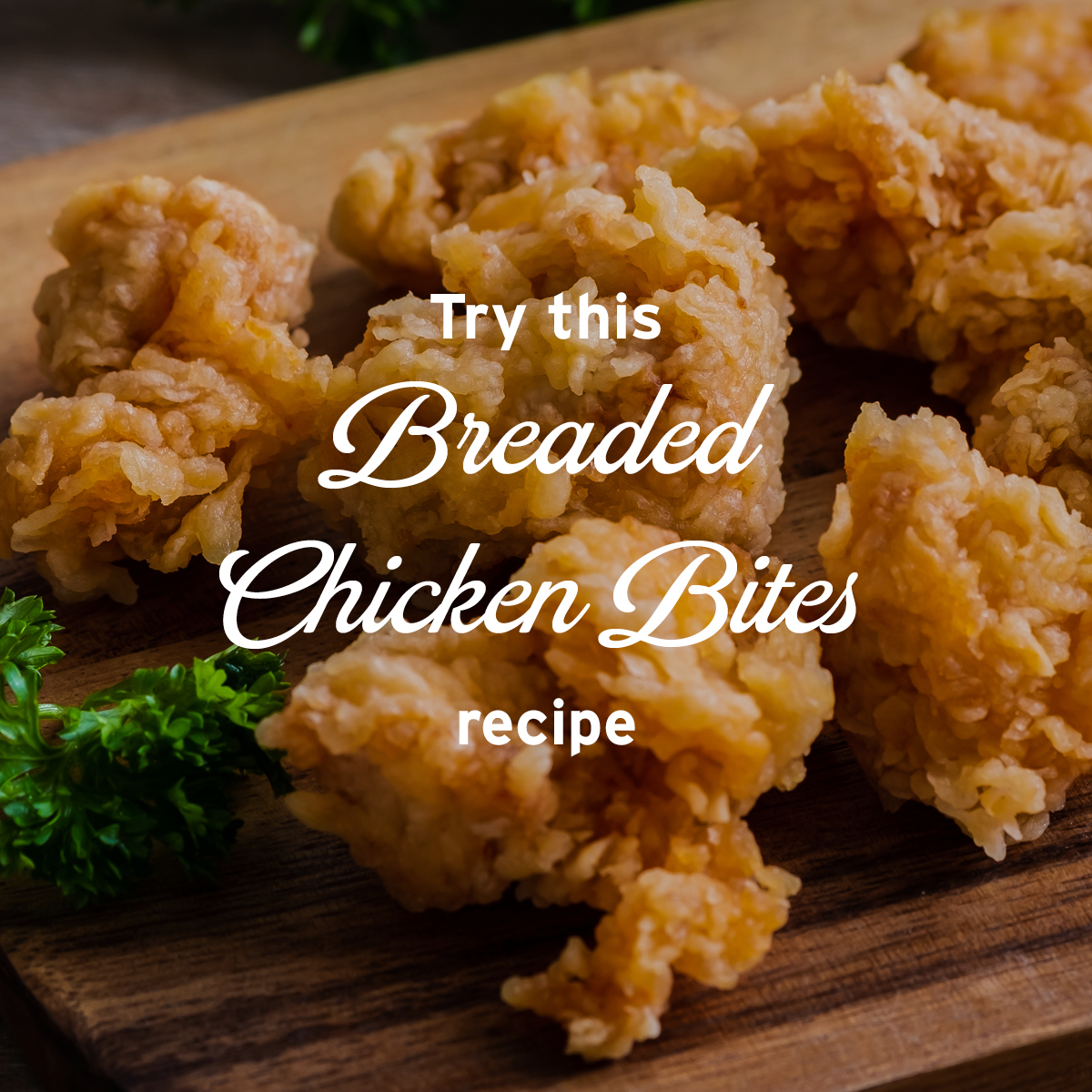 RT @OneStopCommProp: Our stores have been serving local communities throughout the UK for almost 50 years and we’ve built a reputation for…

🎓 We’ve extended the deadline to apply for our unique Scholarship programme, providing support and guidance to young people from low-income households. You now have until 31st March to apply. 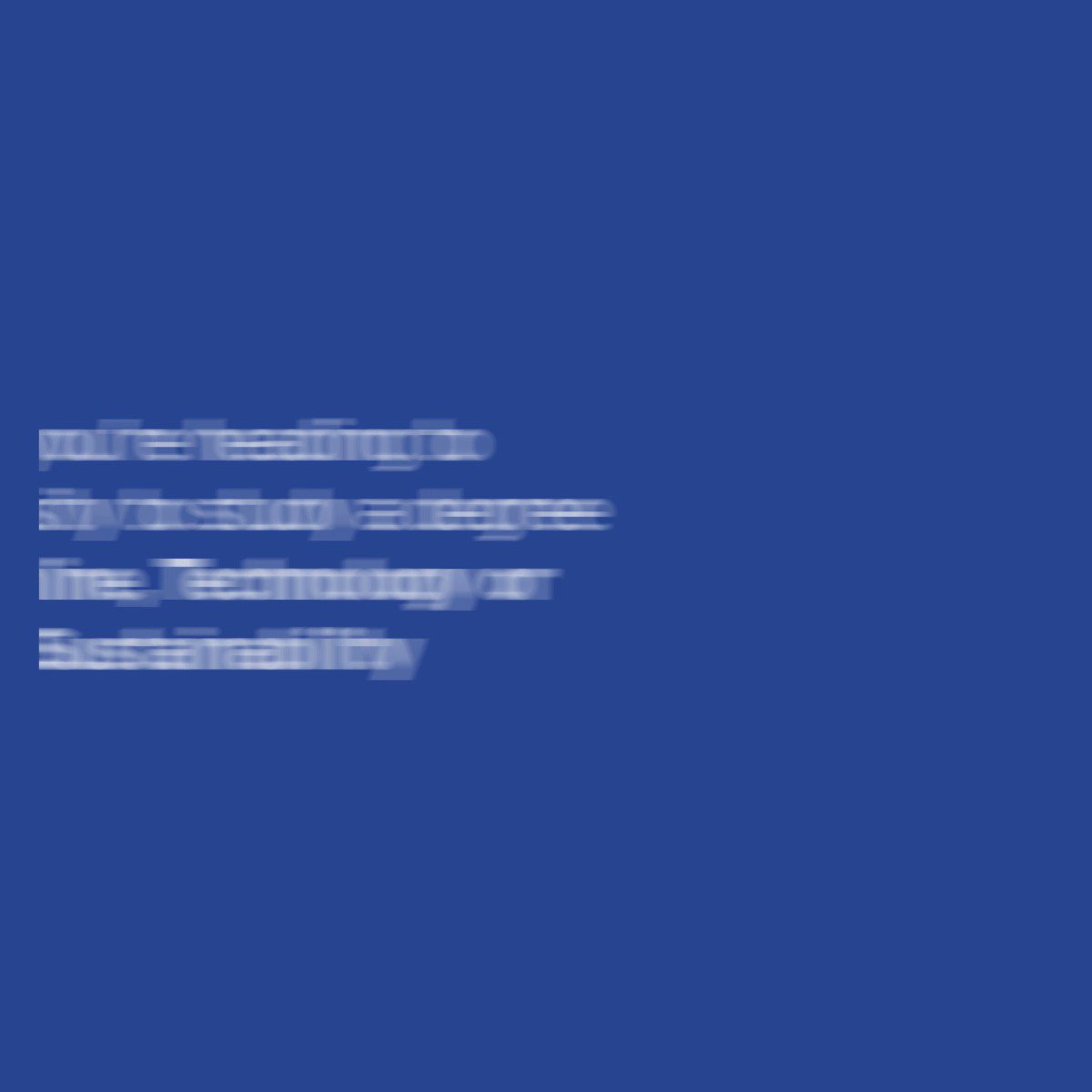 Next weeks dinners? Any 2 for £5 on these tasty meals! Get to your local store to get prepped for the week ahead! #AlwaysGreatDeals https://t.co/RbEaBCE2DI 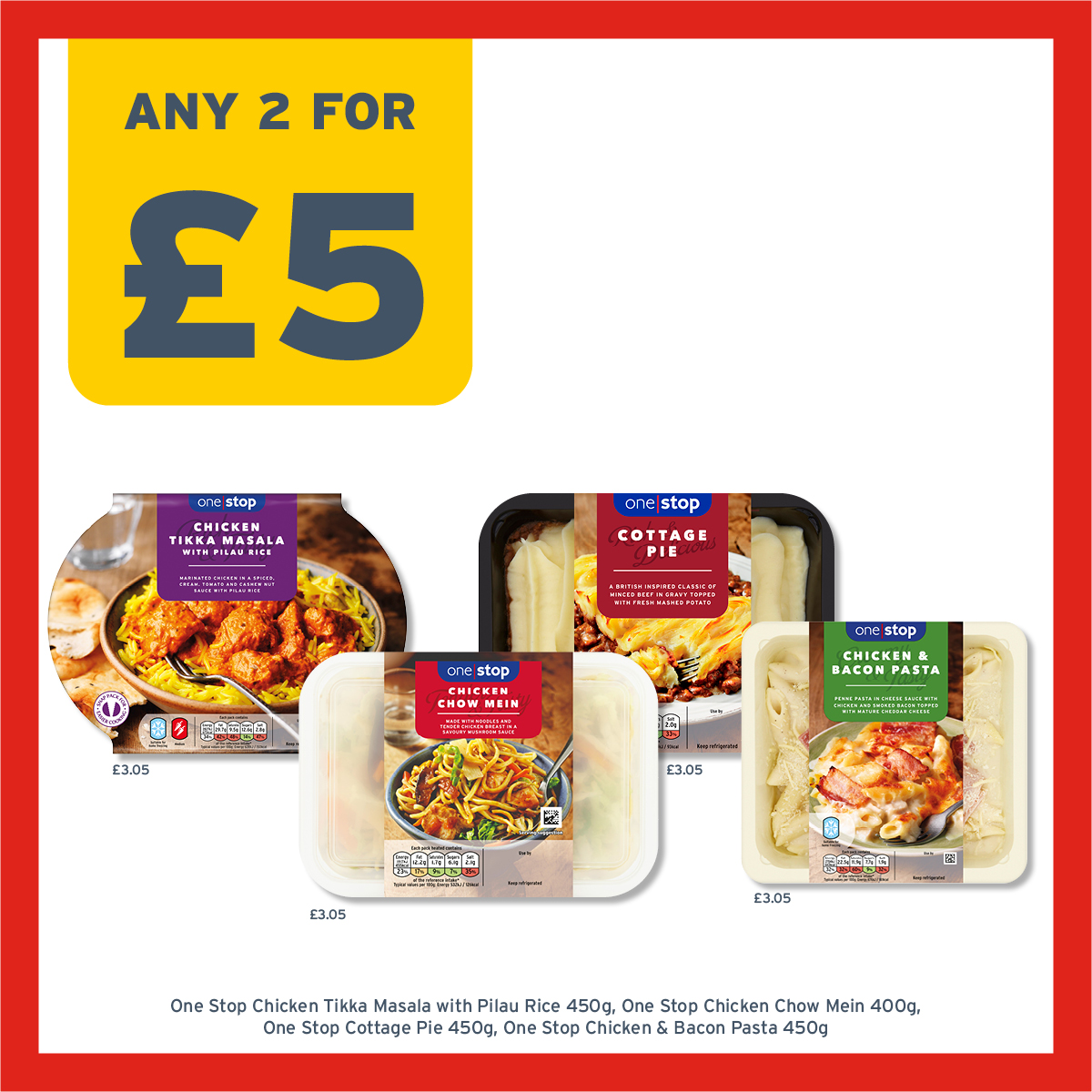 Get a pizza the action this weekend with this great offer on Ristorante and Chicago Town Pizza. https://t.co/k2bPXxRaaY 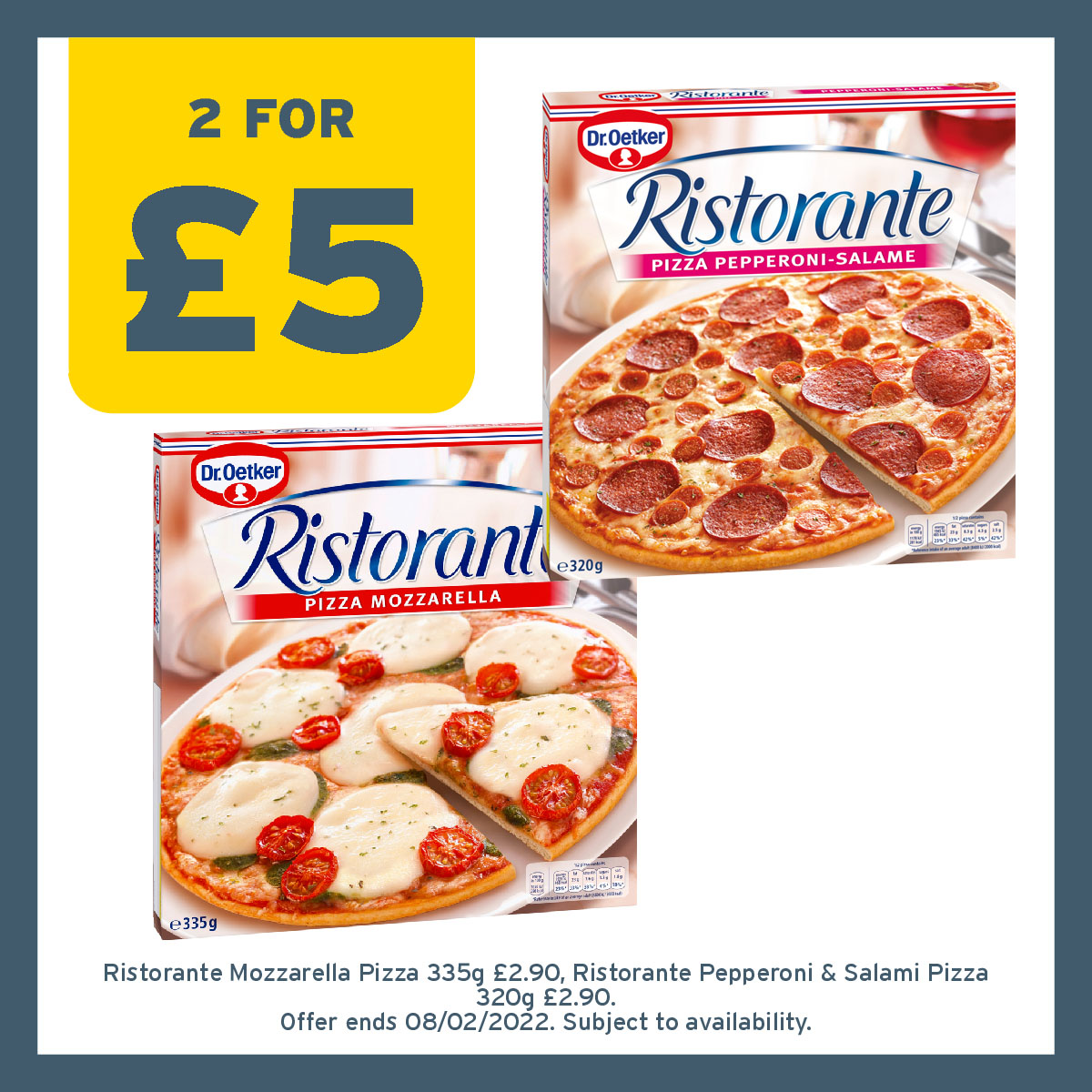 If you’re ever in need of some meal inspiration, check out our website where you’ll find more delicious recipes just like this one! Head over to https://t.co/4eHtORuCTH now! 😍 https://t.co/FtwhKvQUUR 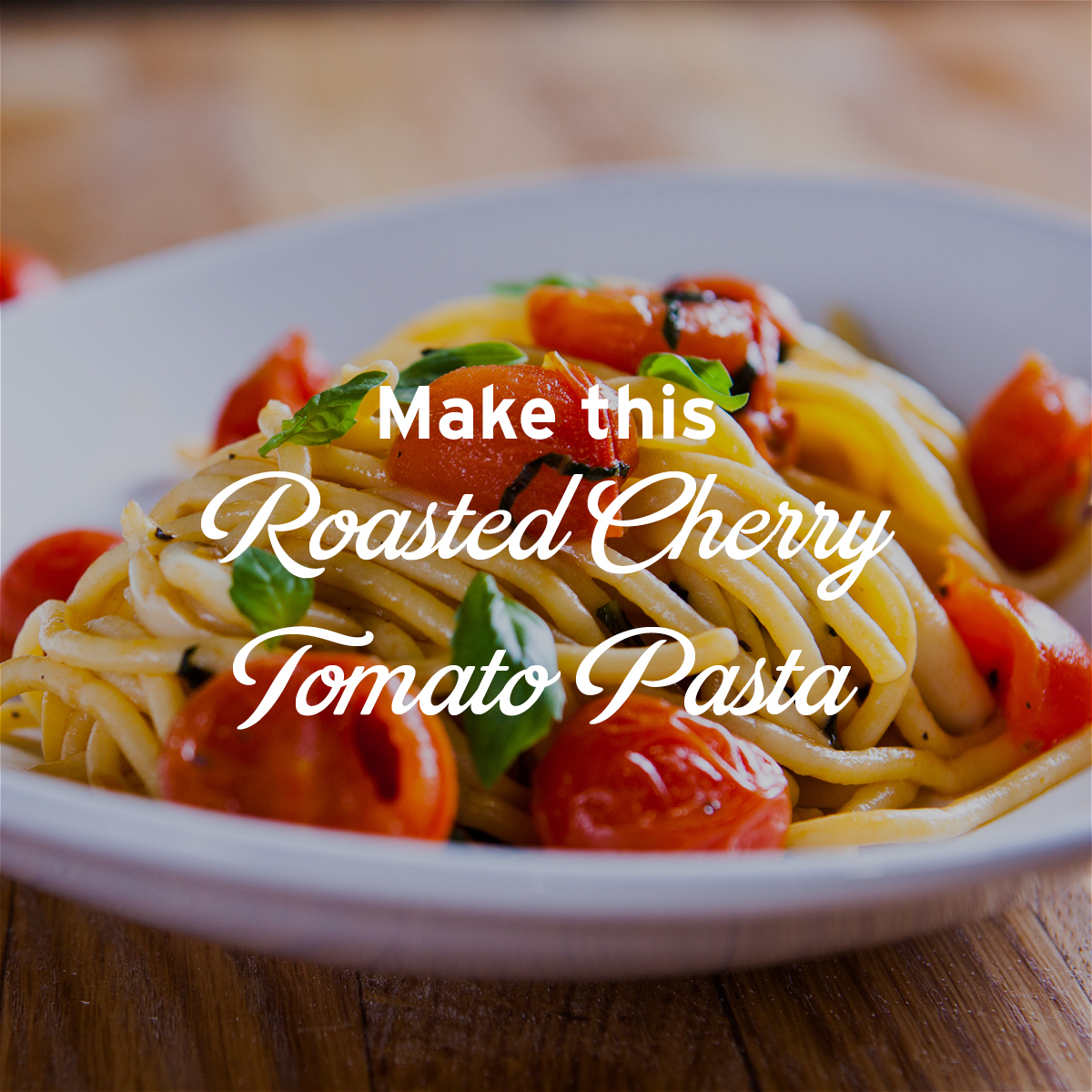 Toast to the weekend! Any 3 of these premium Lagers for just £5! #AlwaysGreatDeals https://t.co/CjSLTWb2o6 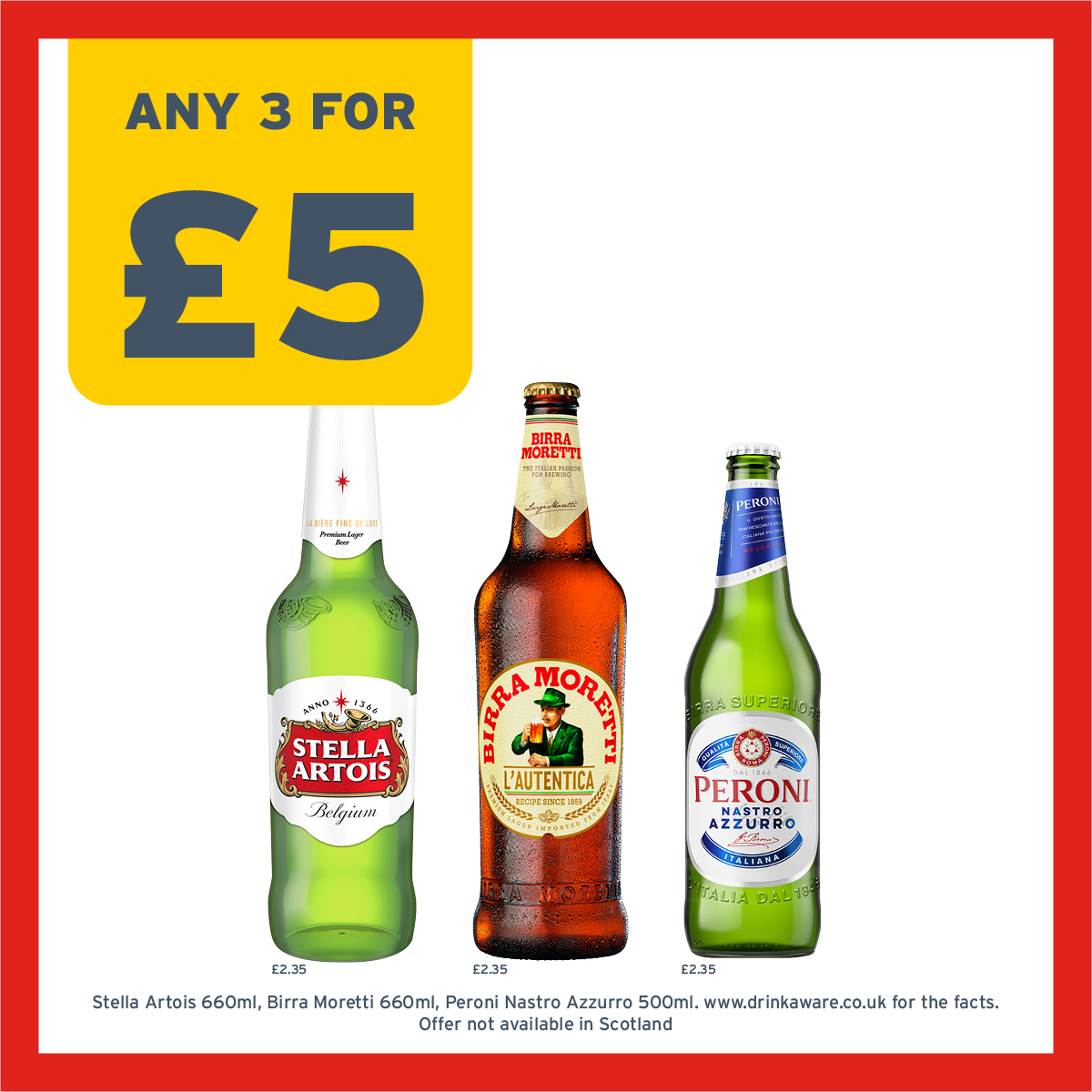 Kayleigh James and colleagues at our Beverley store in East Yorkshire held a Tombola over Christmas to raise money for a local food bank. Kayleigh said, “This is something I am so passionate about and it feels amazing to be able to help so many people.” #BetterForOurCommunities https://t.co/Y0s2fOtYjT 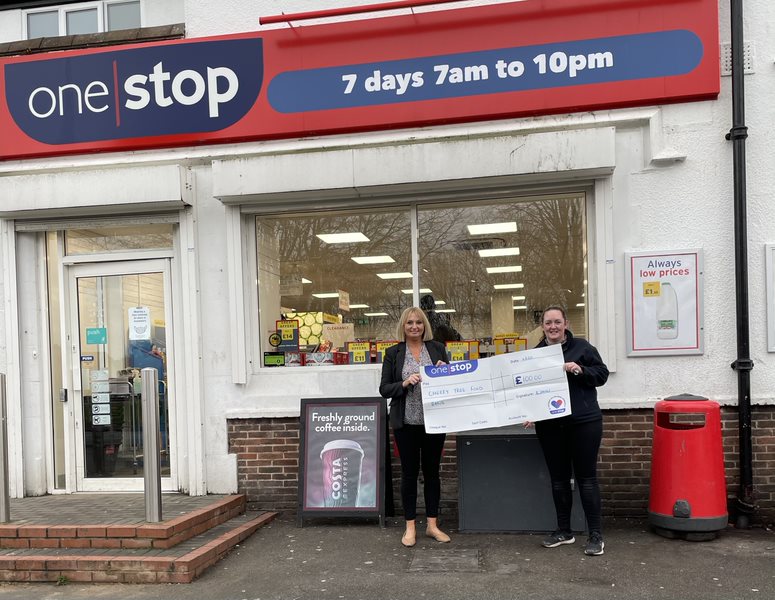 Is your furry friend a Wagtastic fan? They will be now! Head to your local store and spoil them with this great offer on Wagtastic treats! 🐶 https://t.co/CqCYErBL1h 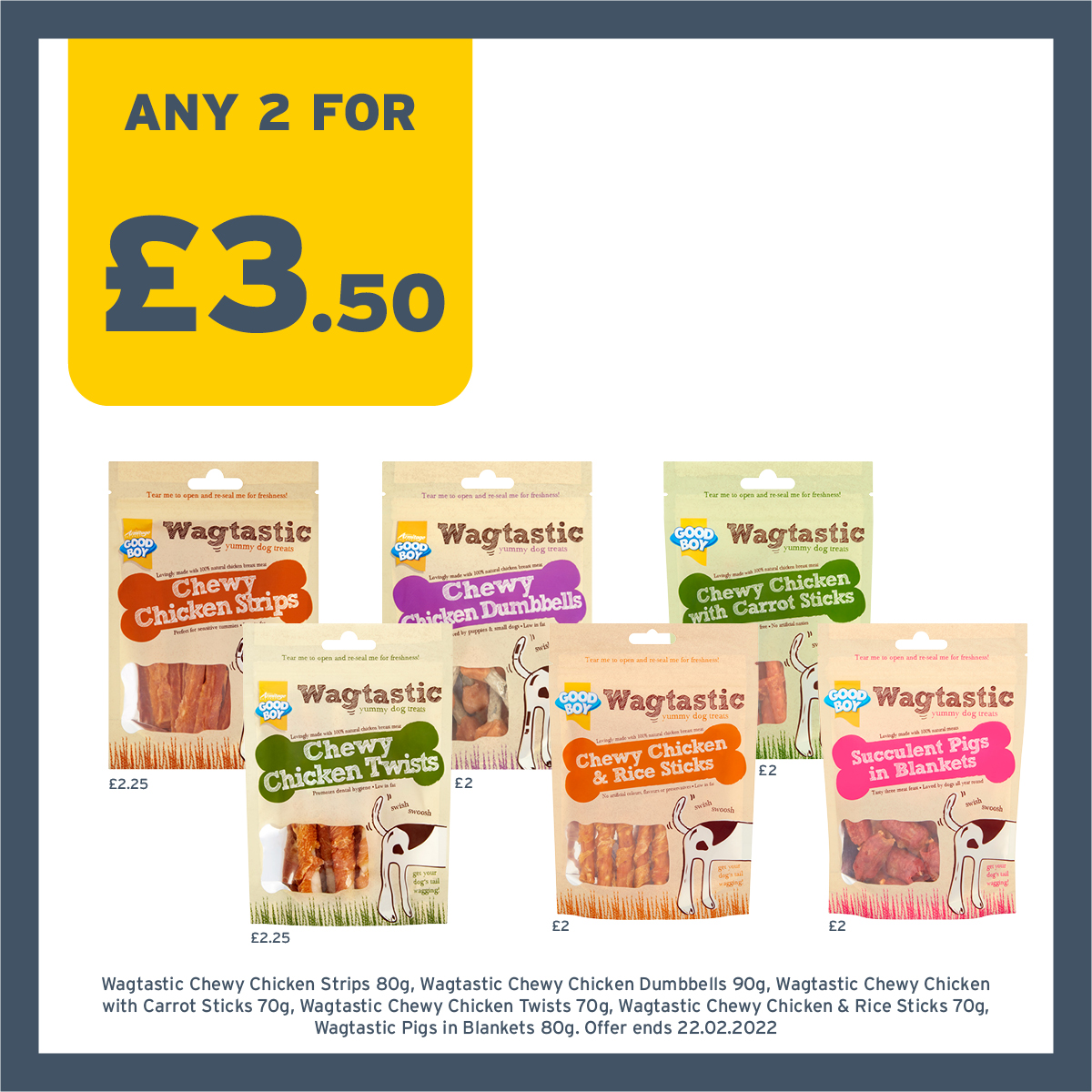 This one is on us!
Pick up a FREE bottle of your favourite sugar-free drink!
To get yours, visit https://t.co/Uxvg9y2J6n to sign up and you’ll receive a voucher to redeem at your local participating store. 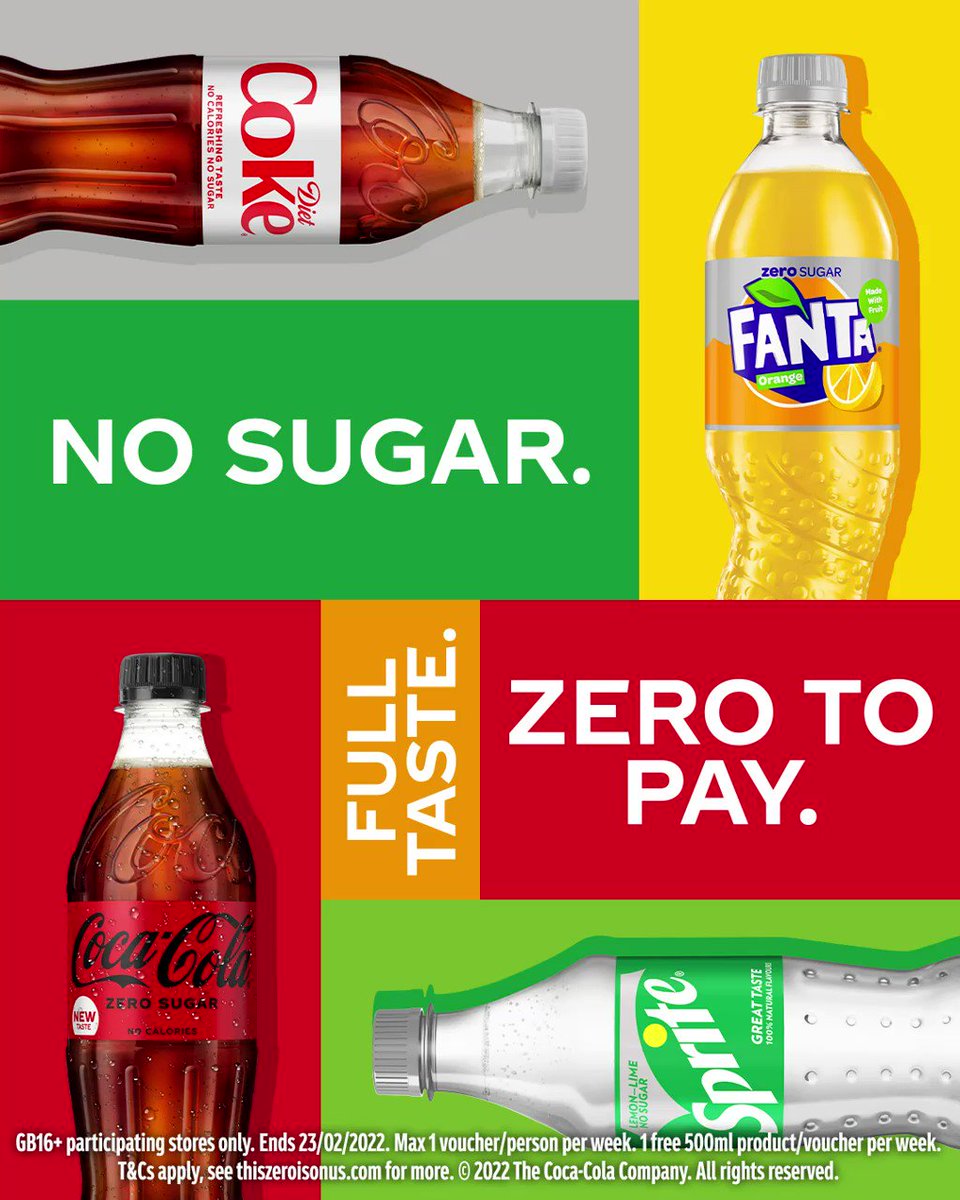